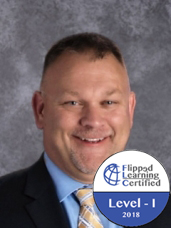 I am currently an HS Assistant Principal at Commonwealth Charter Academy where I have served families and staff helping learners thrive since 2012. Prior to coming to CCA, I served as an HS Assistant Principal at Steelton-Highspire JH/HS from 2008-2011. Before becoming an administrator I served as an Alternative Education Teacher at Mechanicsburg Area HS from 2005-2008, as a Special Education Teacher (Transition Coordinator, Emotional and Learning Support) at Mechanicsburg Area HS from 1999-2005, as an Emotional Support Teacher at Red Land HS from 1988-1999, and started my career as a Special Education Paraprofessional at Susquehanna Twp. HS from 1995-1998. I obtained my Principal Certification from Penn State University and my Master’s in Special Education from Shippensburg University. I also have a BS in Business Administration from Lebanon Valley College. I have also coached HS Football for over 20 years at seven different schools including two stints as a Head Coach.