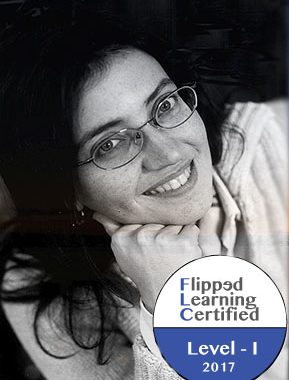 I have been teaching English for almost 15 years in Italian State Schools, first, middle schools, and during almost the last decade in high schools. In 2006/2007 I taught in Chicago for the Chicago Public Schools. Meanwhile I have started to research in learning innovation in particular I dedicated my European PhD research in New Technology as a value added to CLIL (that is Content and Language Integrate Learning). Since I took my Ph.D. in 2011 I continued to research in CLIL and new technology with particular interest for Mobile Learning, Microlearning and the relative Italian development called EAS (that is the acronym of Episodi di apprendimento Situato – Episode of Situated Learning) developed by Professor Rivoltella, with whom I cooperate at CREMIT – Catholic University. In 2014 I developed a spin off research in CLIL & EAS and the positive results led to the publication of my co-written book Gli EAS per il CLIL (publisher La Scuola, 2016).

I also teach English language methodology courses at Catholic University of Milan, with a specific interest in networking platforms for education e.g. eTwinning and I also teach CLIL and EAS.

Since 2005 I am also a teachers trainer.

Bachelor and Master Degree in foreign languages from the University of Catania (Italy – 1996/1997).

Master Degree in Communication and Media from the University of Florence (Italy – 2000/2001).

Master Degree in Communication and Education from Catholic University of Milan (Italy – 2005/2006).

– Grant for research in the UK about CLIL and New Technology from Foundation Banca del Monte di Lombardia (2008/2009).